Ivana Trump, businesswoman and ex-wife of former President Donald Trump, died because of accidental blunt impact injuries to the torso, according to the NYC Office of Chief Medical Examiner. She was 73.

“Having released this determination, OCME will not comment further on the investigation,” the examiner’s office said in a statement to USA TODAY.

A New York Police Department spokesperson confirmed the death to USA TODAY Thursday. Police responded to a 911 call Thursday afternoon and upon arrival, officers discovered Trump unconscious and unresponsive. She was pronounced dead at the scene, and police say there does not appear to be criminal intent involved.

Donald Trump shared news of the death of his former spouse on Truth Social Thursday. A spokesperson for Trump confirmed the accuracy of the post to USA TODAY.

“I am very saddened to inform all of those that loved her, of which there are many, that Ivana Trump has passed away at her home in New York City,” Donald Trump wrote. “She was a wonderful, beautiful, and amazing woman, who led a great and inspirational life. Her pride and joy were her three children, Donald Jr., Ivanka, and Eric. She was so proud of them, as we were all so proud of her. Rest In Peace, Ivana!”

Remembering those we lost: Celebrity Deaths 2022

In a statement to USA TODAY Thursday, the Trump family called Ivana “an incredible woman,” as well as “a force in business, a world-class athlete, a radiant beauty, and caring mother and friend.”

“Ivana Trump was a survivor. She fled from communism and embraced this country,” the statement continued. “She taught her children about grit and toughness, compassion and determination.”

Eric Trump paid tribute to his mother in an Instagram post, sharing the same statement along with a family photo. “She will be dearly missed by her mother, her three children and ten grandchildren,” the post read.

Ivanka Trump posted childhood photos of herself laughing and smiling with her mother, who she described as “brilliant, charming, passionate and wickedly funny.”

She wrote she was “heartbroken by the passing of my mother,” adding that she “modeled strength, tenacity and determination in her every action.”

“She lived life to the fullest — never forgoing an opportunity to laugh and dance,” Ivanka wrote. “I will miss her forever and will keep her memory alive in our hearts always.”

Trump was born Ivana Zelníčková in the Czechoslovak city of Gottwaldov, formerly Zlin, on Feb. 20, 1949. She was a competitive skier as a child, starting at the age of 6. She would later immigrate to Canada, where she worked as a ski instructor before starting a modeling career in the 1970s. She moved to New York in 1976, where she would meet Donald Trump, then an aspiring real estate mogul.

Trump became an icon in her own right, dripping with ’80s style and elegance, complete with accent and her signature beehive hairdo. She would eventually appear in the 1996 hit film “The First Wives Club” with the now-famous line, “Ladies, you have to be strong and independent, and remember, don’t get mad, get everything.”

The Trumps became partners in love and business. She managed one of his Atlantic City casinos and helped make Trump Tower an image of ’80s success (or excess, to some).

She overruled the architects to get a 60-foot waterfall installed in Trump Tower’s atrium, and she went to an Italian quarry to pick out the rosy-beige Breccia Pernice marble that famously lines its floors and walls, according to a biography of Donald Trump by Wayne Barrett.

Barbara Res, a former Trump Organization executive who was in charge of the skyscraper’s construction, recalled Ivana helping the decorator and taking a strong interest in such details as the doormen’s uniforms. “She did all that to impress Donald, to win his approval,” Res told AP. “She was traveling back and forth all the time, and leaving her kids. She had a tremendous work ethic.”

The two were fixtures of New York’s see-and-be-seen scene before their equally public, and messy, 1992 divorce. Donald Trump had met his next wife, Marla Maples.

During the split, Ivana Trump accused him of rape in a sworn statement in the early 1990s. She later said she didn’t mean it literally, but rather that she felt violated.

Trump was married four times, most recently to Italian actor Rossano Rubicondi. The two divorced in 2009 after a year of marriage but continued to see each other off and on until 2019, when she told the New York Post the relationship had run its course. He died last year of cancer at 49.

Donald Trump would say at times that he regretted having Ivana join him in business and blamed it for the unraveling of their marriage.

“I think that putting a wife to work is a very dangerous thing,” he told ABC News in the early ’90s. “If you’re in business for yourself, I really think it’s a bad idea to put your wife working for you,” he said, complaining that when she turned into a businessperson, “a softness disappeared.”

Nevertheless, Ivana ultimately remained friendly with her ex-husband, whom she famously called “The Donald.” She enthusiastically backed his 2016 White House run, saying he would “make big changes” in the United States, and told the New York Post that she was giving him suggestions on his campaign.

“We speak before and after the appearances and he asks me what I thought,” she said. She said she advised him to “be more calm.”

“But Donald cannot be calm,” she added. “He’s very outspoken. He just says it as it is.”

However supportive, she occasionally ruffled feathers.

In 2017, while promoting a book, she told “Good Morning America” that she spoke with the then-president about every two weeks and had his direct White House number, but didn’t want to call too frequently “because Melania is there and I don’t want to cause any kind of jealousy or something like that because I’m basically first Trump wife, OK?” she said with a laugh. “I’m first lady, OK?”

Melania Trump’s spokesperson at the time responded, saying there was “clearly no substance to this statement from an ex, this is unfortunately only attention-seeking and self-serving noise.”

Her death came during a fraught week for the Trump family. Two of her children, Donald Jr. and Ivanka, and the former president are due to appear in coming days for questioning in the New York attorney general’s civil investigation into the family’s business practices.

More:Elon Musk says it’s time for Donald Trump to ‘sail into the sunset’ after getting ripped at Trump rally 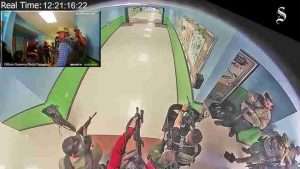 How we reported truth as lies spread. 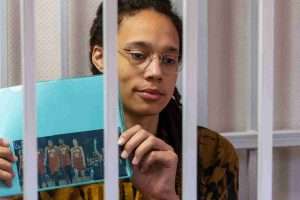 Is Brittney Griner a hostage in Russia? Prisoner swap may key freedom 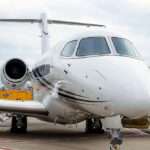 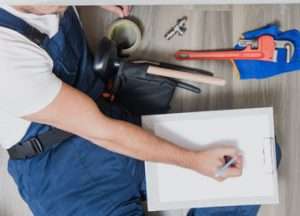 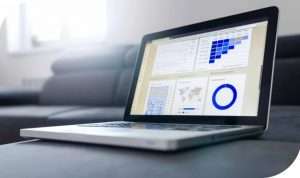